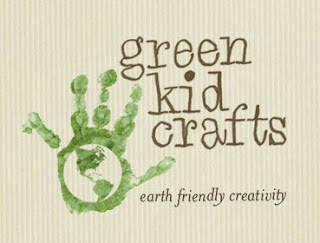 I am proud to have been asked to serve on the Parent Advisory Committee for Green Kid Crafts. This is an amazing company led by two of our Trekker mamas dedicated to environmental efficacy, while at the same time providing a product that is educational and just down right fun for children. Their business issues subscriptions of 3 developmentally appropriate green craft kits a month.
We absolutely love receiving ours in the mail every month. My Little Bear (age 3) recognizes the package when we go out to the mailbox and is excited to immediately get to work on a craft. We've found we always keep one of the kits on hand as an activity for the babysitter to do with him. They both love presenting the finished product to us when we arrive home! The end result is always thrilling for my son to share with others and they often turn into wonderful presents for the grandparents. The windchimes he made last fall were a perfect housewarming present for Pepe's new abode. They are also great diversions on rainy and sick days.

Posted by Our Family at 6:39 PM No comments: Links to this post

While we always have a number of Trekkers carrying their little ones on the trails and heading up the pack, many of us our finding ourselves at the back of the pack going the pace of our toddlers. Towards the end of last summer, my then 2 year-old, realized hiking on his own was rather fun, and doing it with his fellow toddlers was even more so. My dilemma while on the trail with our group or in the neighborhood was, "How do I get my exercise in?" While it is so important to let our little ones go at their own pace, make discoveries and not rush them, it can be painful for us to go that slow too.

Here are some ways to get your exercise in too:
I found I could also get a good workout while at the playground too: 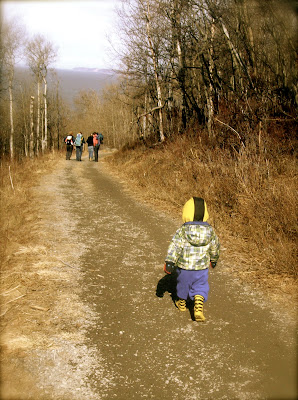 Posted by Our Family at 7:01 PM 2 comments: Links to this post

What a brilliant morning to celebrate two years of trekking together! The sun greeted us with warmth and the mountains provided a stunning backdrop. There was an amazing turnout of parents and kids, some whom have been with us from the beginning and for some it was there very first time out. When we returned to the parking lot and playground we had an outside potluck of the most scrumptious treats ever made.

We took a moment to send some positive healing energy to our fellow Trekker mama Casey who is in Texas receiving treatment for lymphoma. I know our thoughts had enough power to travel across the continent to her!

Thanks to all the amazing AOFN families present today and who couldn't be here, for making this such an amazing group! The relationships formed here are ones that are so treasured and important to surviving this beautiful and challenging part of life called parenting. Seeing all the friendships and bonds between the kids themselves is truly heartwarming. 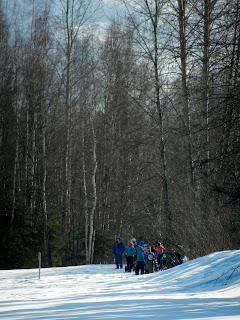 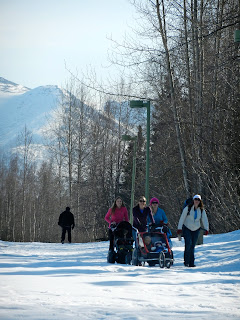 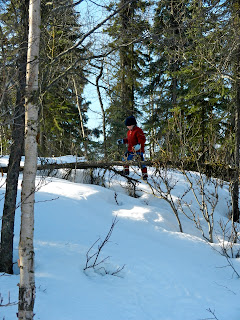 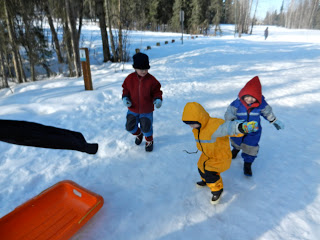 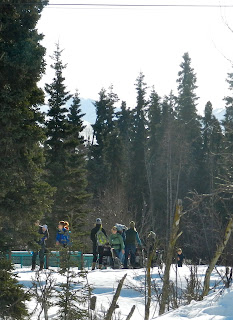 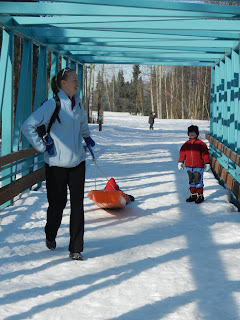 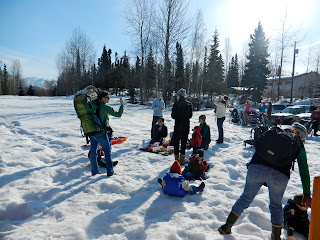 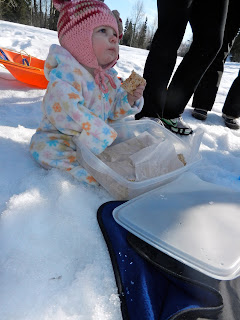 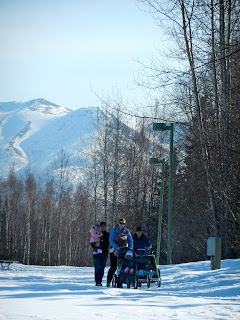 Posted by Our Family at 1:42 PM No comments: Links to this post

Weekend Family Hikes are now on the Calendar starting May 5th. The first two trails are set, the rest will need to be selected by members. It's super easy. Click on the hikes and enter your family's favorite trail if there isn't one already set for that date. Click here for the schedule:

Posted by Our Family at 11:09 PM No comments: Links to this post

Breakup is Upon Us and other News

Elsewhere in the world this season would be called "Spring." Here in Alaska, we call it "Breakup." The season when the packed snow in our driveways is breaking apart, you loose your shoes in the soft snow on the trails, and eventually the rivers start to move and the ice breaks apart. This year's Breakup season is one of beautiful and drastic change, which will take a little longer then most, after a record snowfall.

During this period we try to pick trails that are less mushy then others. Traditionally in May the bike trails are clear we return to our normal every other week is a true hiking trail and opposite weeks are stroller friendly trails. Let's keep our fingers crossed that that is true. Either way we'll roll with the punches and adjust plans accordingly.

My last hike for the season will likely be on the 12th for the Anniversary Trek, as I'm due to have our second soon very soon after. A huge thank you to those members who have stepped up to the plate and are guest hosting for me! Very soon after we have this new little bear cub, we are heading to Kodiak as a family for the summer. Amanda will be taking over  during my absence. If you have any questions or trail suggestions you can email her. Otherwise I'll see you all in the fall! I'll do a couple of posts over the summer about hiking trails on the island, but am hoping to stay off the grid for the most part.
Posted by Our Family at 11:08 PM No comments: Links to this post